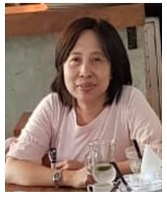 This study aims to develop a scenario model to reduce traffic congestion using intelligent transportation systems (ITS). ITS is an application of advanced technology in the fields of electronics, computers, and telecommunications to make transportation infrastructure and facilities more informative, smooth, safe, and comfortable. It encompasses the latest wireless, electronic, simulation, and automatic technology. As a method to develop the scenario model, system dynamics is utilized considering that it can accommodate a system with complex non-linearity, faster and easier sensitivity analyses through the tests on the structure of the models. System dynamics has been used at the macroscopic and microscopic levels of the trafﬁc ﬂow to explore the interaction of transportation and urban planning as well as to evaluate the effect of different transport policies. System dynamics is a discipline based on the theory of nonlinear dynamics and feedback control. The system dynamics simulation model of traffic congestion is required due to the dynamic complexity of the real system. ITS can reduce traffic congestion through the placement of several surveillance cameras in some corners of the city and is equipped with sensors to detect the number of vehicles. The novel contributions of this research are, namely: formulating relationships between variables, building the dynamic behavior of traffic congestion as well as developing scenario to reduce traffic congestion using ITS. Some important factors that affect traffic congestion are vehicle volume and road capacity. The results of simulation show that traffic congestion after using traffic monitoring and control can reduce the traffic congestion below the maximum saturation level (0.85). Traffic congestion was projected to be in the range of 0.71 – 0.79, due to the decrease in vehicle volume as the impact of the implementation of ITS which facilitates the traffic monitoring and control system. Further research is required to develop a sustainable transportation system by considering the transit-oriented development (TOD) program.