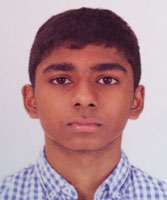 The majority of pharmaceuticals currently in circulation are chiral compounds; mostly sold as equimolar mixtures of two enantiomers. Albeit, they have identical chemical structures, the human body metabolizes each enantiomer by separate pathways due to their different handedness. Hence, one isomer may exhibit the intended pharmaceutical effect, whereas the other exists as an inactive impurity or, occasionally, may engender undesirable side-effects and toxicity, like in the Softenon disaster which caused circa one thousand congenital disabilities (International Union of Crystallography, 2016). Therefore, it is imperative to promote chiral separation and analysis of chiral drugs in pharmaceutical manufacture to eliminate the undesirable enantiomer (Nguyen, He, & Pham-Huy, 2006).

Recently, plasmonic-enhanced metamaterials have been shown to amplify the subtle circular dichroic effects of chiral molecules by many orders of magnitude, making enantioselective assays more precise by amplifying the CD signal, enabling discrimination of nuanced spectral features, never seen before (Nguyen et al., 2006). This paper advances the sensitivity of CD spectroscopy by studying a newly designed chiral woodpile nanostructure that uses plasmon-generated superchiral near fields to enhance the dissymmetry of chiral molecules and magnify their chiroptical effects. Simulated to outperform gammadion arrays proposed by competitor papers by 1206 %, it empowers increased measurement precision in the assessment of enantiomeric excess in the quality management of drug manufacture, increasing safety. Furthermore, it may potentially lead to earlier detection of diseases such as HIV and other viruses. Lastly, for the first time, this paper proposes a revolutionary but intuitive mechanism to explain the generation of the superchiral near field of a plasmonic-enhanced nanostructure. Shown to corroborate with simulation, it provides a more profound understanding of the underlying mechanisms beyond just the ‘plasmon-plasmon coupling’ which preceding works have already discussed. This knowledge opens up new avenues to develop nanostructures with even stronger circular dichroic properties.